Korčula – one of the most extraordinarily places to visit in Croatia! 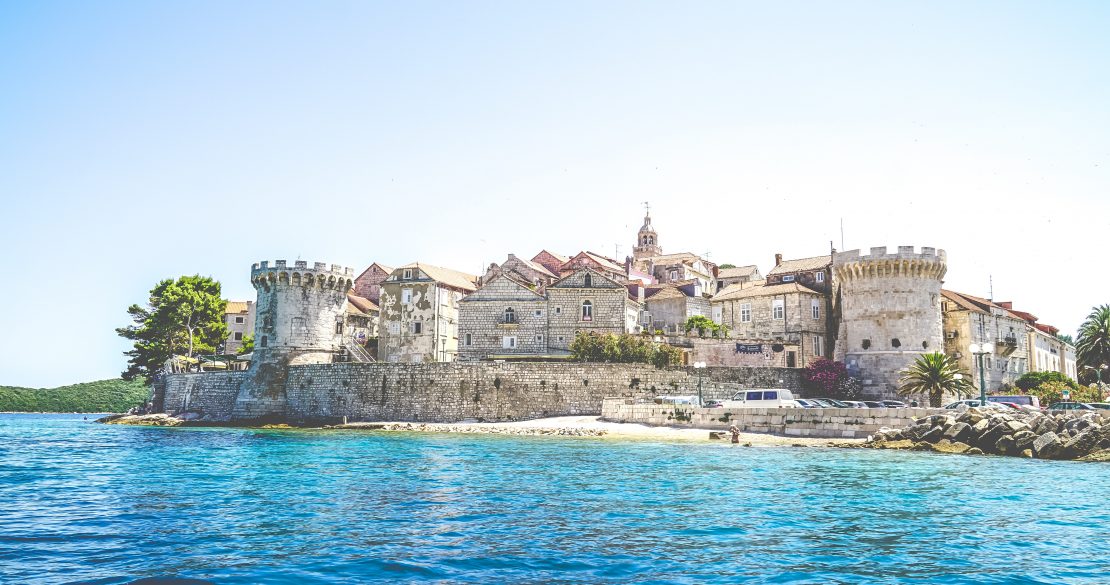 Living for years under the shadow of it’s more glamorous neighbours, Dubrovnik and Hvar, Korčula has quietly established itself as a destination of high quality and luxury, slowly setting itself apart from the rest.
Korčula is famous for being supposedly the birthplace of Marco Polo, where he was inspired by gorgeous views of the Korčula channel and Pelješac peninsula beyond. Don’t miss visiting his house in the old city where an expert guide will show you it’s rich history hidden under every stone.
Korčula is the home of the fabulous Grk wine, it is the island of the sword dance, and the first place in the world to abolish slavery.
Korčula is the perfect base for island hopping – check out the view from the old town as it is just extraordinarily beautiful. In the distance is Orebić on the Pelješac peninsula and the mainland beyond, and in between there are several idyllic little islands just waiting for your visit!
Korčula feels is a little more inaccessible than some of its neighbours so cruising there on your own yacht is the perfect way to visit. This has certainly helped it remain charming and unspoilt.

For the fans of adventure we suggest you visit Vela Luka’s 30,000-year-old cave and discover the legend of the blonde nymph of Vela Spilja!

There most exciting tradition in Korcula is Half New Year! In 2001, tourist chiefs came up with the clever idea to celebrate Half New Year. Every year the 30th of June sees Korčula Town turn into an open-air carnival with locals and tourists donning fancy dress and joining in the masked parade before dancing, eating and drinking the night away and into the early hours. Live music rings out across the town and fireworks herald the start of the New Half Year at midnight.

Do not hesitate to contact us by filling out the contact form below, if you need further information.