Entrancer is a magnificent round-stern period yacht measuring 27 metres, built in 1962 by the prestigious historical Dutch shipyard De Bock & Mejester and carrying a British flag since its birth.

Commisionned by Randolph Churchill – the son of Prime Minister Winston Churchill – in later date the yacht was purchased by the Gucci family, who were the owners until a few years ago.

Between 2012 and 2014, Entrancer was put through an in-depth and complex restoration; it consisted in the complete refurbishment of the yacht, with the purpose of bringing the yacht back to its original splendor and enhance its comfort – while maitaining intact its charming original design. Steel, brass, teak and mahogany are the materials used on board.

The vessel is structured on 3 decks; the lower deck features on the stern a fully independent master suite, with a private entrance, a large bathroom with a bathtub and its own TV room- which can also be transformed as a extra double cabin. On the bow the vessel has 3 more cabins, a large one with an ensuite bathroom and two double cabins sharing a large bathroom with bathtub.
The main deck features the living room, the large covered dining area, a separate kitchen and the command room. On the bow there is another sunbathing area for 6 guests.

Lastly the large upper deck, measruing a generous 60sq metres, is divided amongst shade areas furnished with comfortable sofas and sun areas.
The staff headquarters, built for Entrancer’s 3 full time staff, feature their own independent access on the bow for complete discretion. 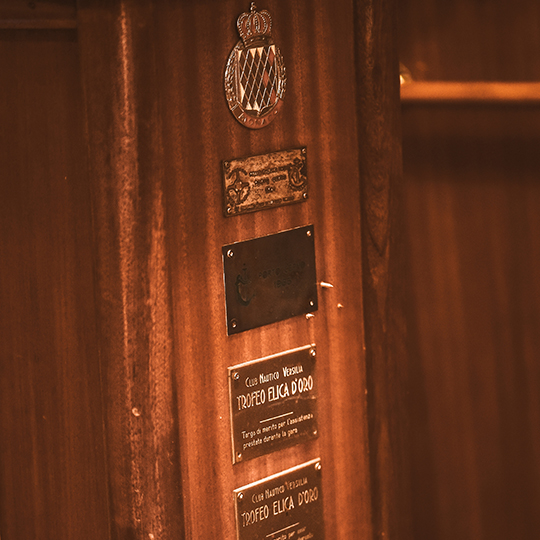 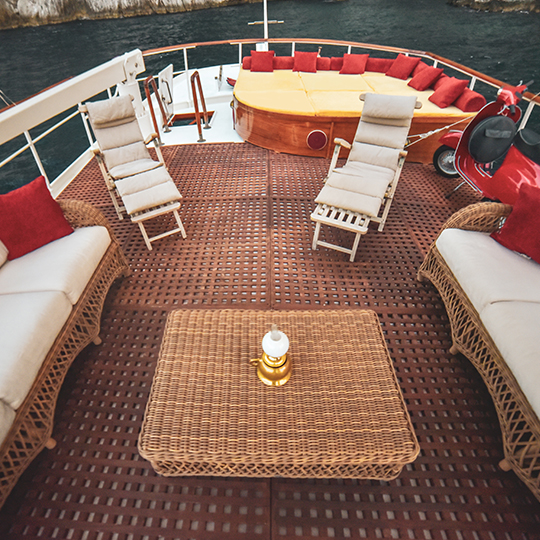 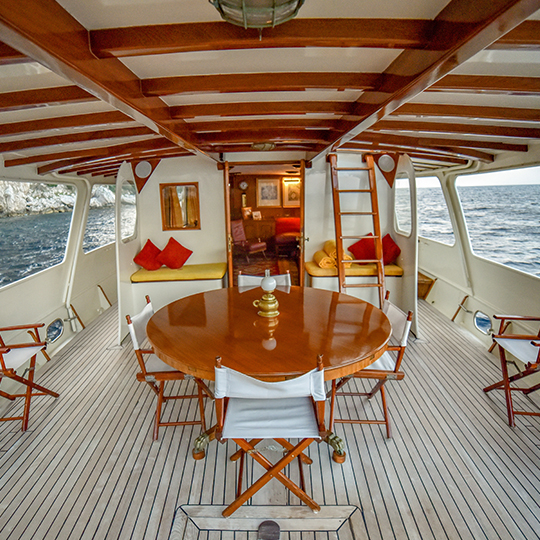